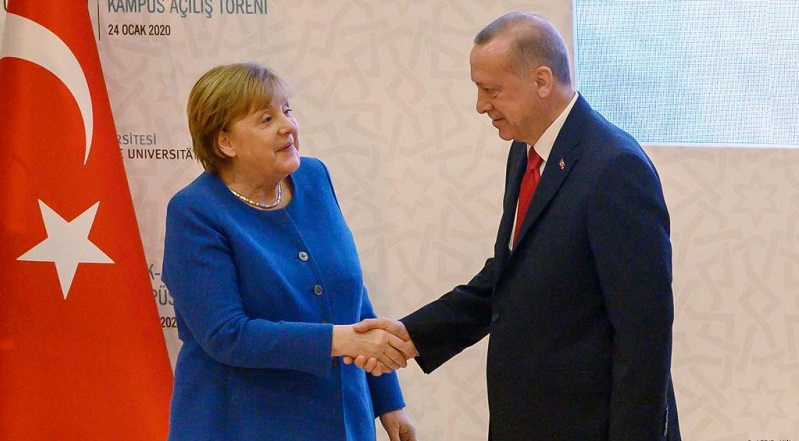 In the call, Erdoğan told the chancellor that Turkey is "committed to improving relations with EU with a positive agenda," a statement from the Presidency said.

Erdoğan and Merkel also discussed regional developments, according to the Presidency.

The president told Merkel that Turkey expects meetings in the period that will lead to the EU's upcoming summit in March.

Erdoğan further reiterated that the EU's constructive and fair approach to Turkey will benefit both sides and that what's necessary to update the March 18 refugee deal should be done.

The president also told the chancellor that he expects another Turkey-EU summit before Portugal's term as president of the European Council ends.

Turkey and the EU signed an agreement on March 18, 2016, to stem the influx of refugees to Europe. Turkey has been the main route for refugees trying to cross into Europe since the beginning of the civil war in Syria. With the agreement, irregular arrivals decreased by 99%, saving the lives of many of those who would have attempted the treacherous journey by sea.

Ankara has repeatedly complained that Europe has failed to keep its promises under a 2016 EU-Turkey refugee deal to help migrants and stem further migrant waves.