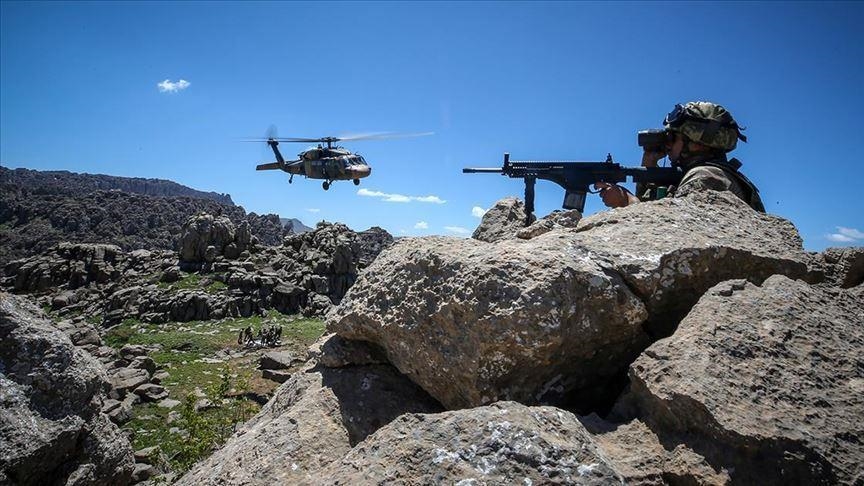 Security forces neutralized 177 terrorists, including 29 Daesh/ISIS members, over the last month in Syria, the Turkish National Defense Ministry said on Sunday, according to Anadolu Agency.

In 2013, Turkey became one of the first countries to declare Daesh/ISIS a terror group.

The country has since been attacked by Daesh/ISIS terrorists multiple times, with 315 people killed and hundreds more injured in at least 10 suicide bombings, seven bomb attacks and four armed assaults.

Meanwhile, some 7,200 people, including 17 FETO terror suspects, were arrested over the last month when they attempted to cross the border illegally, the ministry added.

Separately, Turkey has dismissed over 19,000 military personnel since the 2016 defeated coup as part of the fight against the Fetullah Terrorist Organization (FETO), while 5,181 others are still facing trial.

The FETO and its US-based leader Fetullah Gulen orchestrated the defeated coup of July 15, 2016, which left 251 people martyred and nearly 2,200 injured.

Since the coup attempt, tens of thousands of FETO suspects have been arrested, including many in the armed forces, police, judicial system, and education sector.