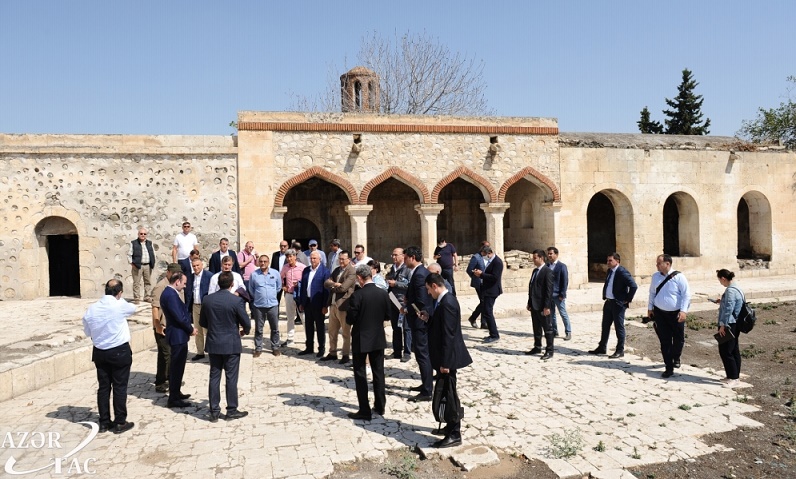 The trip of the participants of the 10th meeting of the Economic Ministers of the Cooperation Council of Turkic-speaking States (Turkic Council)  to Aghdam liberated from the occupation has started.

Representatives from Turkey, Kazakhstan, Uzbekistan, Kyrgyzstan and Hungary were met by the special representative of the President of the Republic of Azerbaijan Emin Huseynov in the area liberated from the occupation.

First, the participants of the trip visited the mausoleums and houses (Imaret) of the Karabakh khans. Informing the guests, Special Representative of the President Emin Huseynov said that one of the historical-architectural constructions in the Aghdam region, which has suffered Armenian vandalism, is the residence of the founder of the Karabakh khanate Panahali Khan. This historical and architectural monument of the 18th century is one of the first possessions of the khan's dynasty.

Then other mausoleums, which were victims of Armenian atrocities, and the destroyed mausoleum of Natavan were demonstrated, and the Museum of Bread was visited.

The guests are also scheduled to visit the Juma Mosque of Aghdam, the Drama Theater and other places subjected to Armenian vandalism.