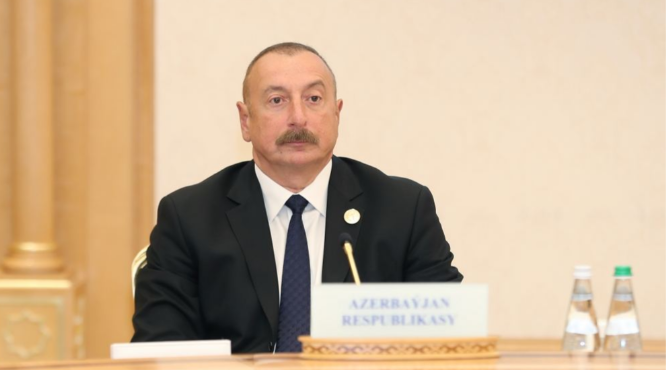 Azerbaijan attaches great importance to the interaction between our countries in the Caspian Sea, President of Azerbaijan Ilham Aliyev said addressing the 6th Summit of the Heads of State of the Caspian littoral states, News.az reports.

The legal framework of cooperation among Caspian littoral states is being strengthened. Agreements have been signed and entered into force in the areas of security, hydrometeorology, transport, conservation and rational use of aquatic biological resources, prevention and elimination of emergency situations, as well as other areas of mutual interest. New draft agreements on cooperation have already been initiated. They are under consideration and will be submitted for signing as soon as they are ready. Legally binding agreements on the delimitation of the bottom of the Caspian Sea have also been concluded in bilateral and trilateral formats. Friendly and good neighborly relations, bilateral and multilateral cooperation among Caspian littoral states, including those within the framework of the UN, the OSCE, the Organization of Islamic Cooperation, the Organization of Turkic States, the CIS and the Economic Cooperation Organization are an important factor in maintaining the stability and security of the Caspian Sea," the head of state said.