Azerbaijan Retains A Significant Transit Role Along the Middle Corridor 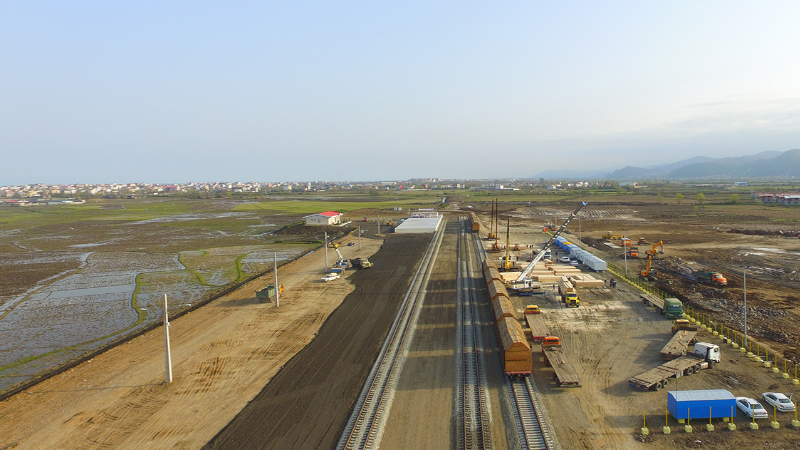 As the global economy is facing difficulties during the COVID-19, the harmful impact of the pandemic on the global trade volume became inevitable. Despite this situation, Azerbaijan could sustain the uptrend in cargo transshipment. Figures published by the Baku International Sea Trade Port CJSC (Baku Port) revealed that the volume of cargo handling in Jan-June 2020 amounted to 2.52 million tons, up 27 percent on the same period of 2019 (1.98 million tons). Of the total, 87% or 2.19 million tons were transit cargo. The most significant increase in the first half of 2020 was recorded in the overloading of dry cargo, which amounted to 401,000 tons, a 5-fold increase compared to the same period last year. Meanwhile, the number of large vehicles (trucks) increased by 14.4% to 17,173. Of these, 11,776 (68.6%) moved in the direction of Baku-Turkmenbashi-Baku, and 5,397 (31.4%) in the direction of Baku-Kuryk-Baku. There was also a rise of 22% in the overloading of containers (TEU). In contrast with the increase in all types of cargo transshipment, the number of passengers using the services of Baku Port decreased by 31% compared to the same period in 2019 and amounted to 13,776 people due to the closure of the country's borders because of the COVID-19 pandemic.

Furthermore, it is planned to launch a service called "Web Transit" at customs checkpoints in Azerbaijan till the end of this year. According to Safar Mehdiyev, the chairman of the State Customs Committee this service will allow foreign carriers to cross the border quickly by declaring documents and information for the transit of goods through electronic systems in advance which will help to eliminate time loss at customs checkpoints during the transit clearance. In his view, it will accelerate transit traffic and make Azerbaijan a favorable transit hub.

All above-mentioned facts regarding increase in the volume of cargo transshipment are closely aligned with the government policy to maintain Baku’s status as a transit hub between Asia and Europe. In that regard, a number of large-scale projects aimed at expanding the transit potential of Azerbaijan, such as the construction of the Baku International Sea Trade Port, the biggest port in Caspian basin and the Baku-Tbilisi-Kars railway have been implemented in recent years. To increase the competitiveness and attract further cargo flows to the transit corridors passing through the territory of the Republic of Azerbaijan certain measures including improvement of the quality of freight, cargo delivery process and reduction of costs have been taken additionally.