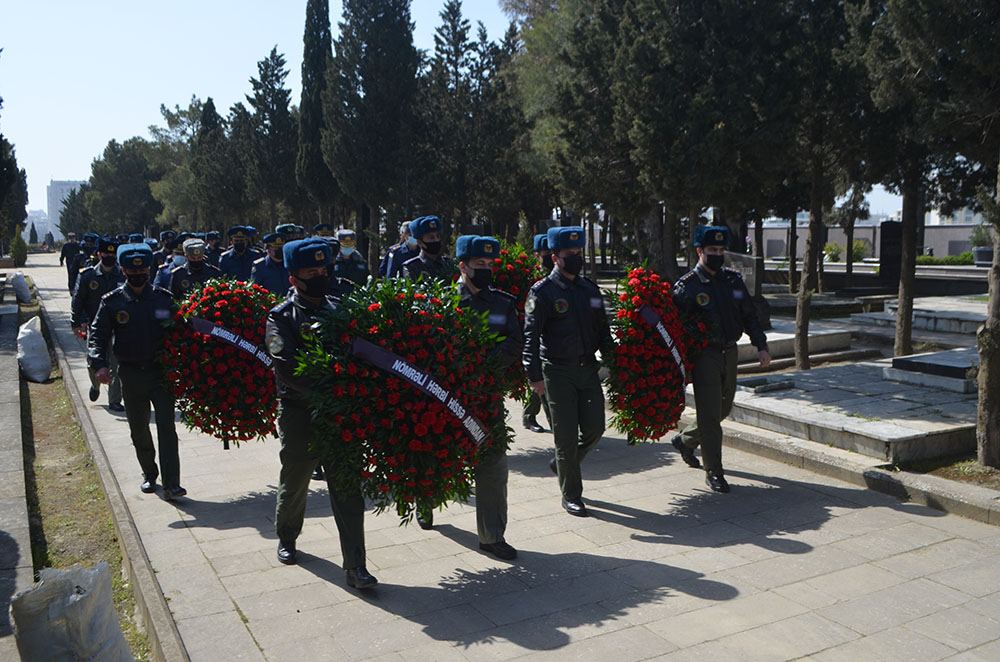 The servicemen of the Air Force visited the graves of Azerbaijani martyrs on the occasion of the Fifth Anniversary of the April battles, laid a wreath and flowers.

The memory of national leader Heydar Aliyev and the sons of the Motherland who died as martyrs for the territorial integrity of the country was honored.

During the ceremony, participants spoke about the worthy response of the Azerbaijani troops to the provocations committed by the Armenian aggressors on the front in the April battles of 2016, the courage demonstrated by the brave Azerbaijani soldiers, the liberation of several important high grounds, and human settlements, as well as about the historic victory.

During the 44-day second Armenia-Azerbaijan Nagorno-Karabakh War, as a result of successful combat operations carried out by the brave Azerbaijani troops under the leadership of the victorious supreme commander, heavy blows were inflicted on the enemy and the war ended with a great victory of the Azerbaijani troops.