Heroization of Nazism is unacceptable in all its forms - FM Bayramov 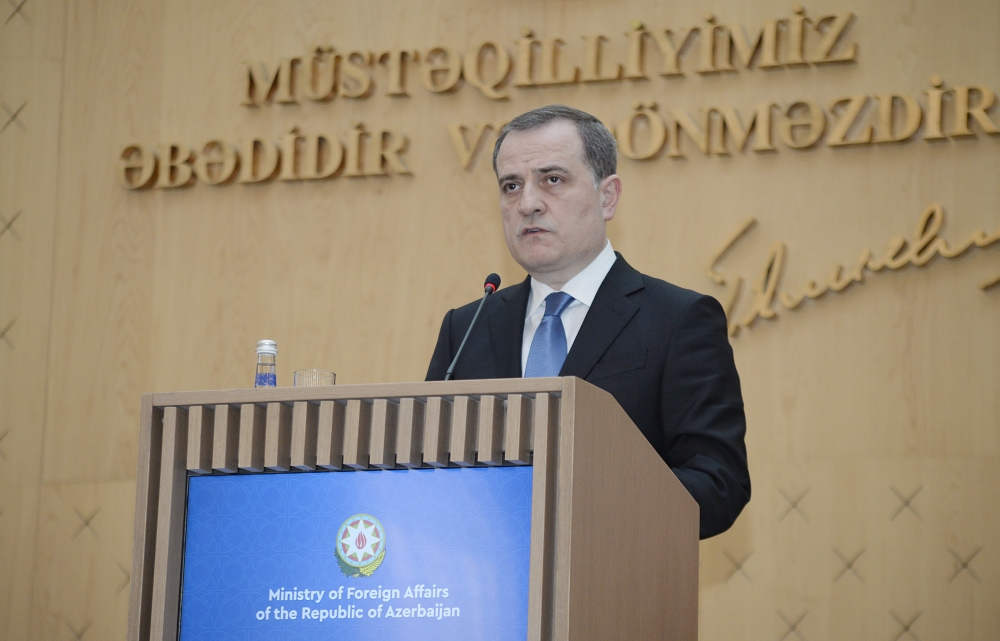 The heroization of Nazism is unacceptable in all its forms, Azerbaijani Foreign Minister Jeyhun Bayramov said, News.Az reports.

The minister made the statement during a press conference with Russian Foreign Minister Sergei Lavrov.

“Unfortunately, acts of xenophobia and radical nationalism are observed in Armenia,” Bayramov noted.

“The heroization of terrorists is active in the country, those people whose livelihood is to commit acts of terrorism,” the foreign minister said.

Bayramov also said that xenophobia has different forms of manifestation in Armenia, adding that the desecration of Holocaust monuments shows how serious this problem is in Armenia.

"People should think about the danger of these acts in Armenia," the minister said.