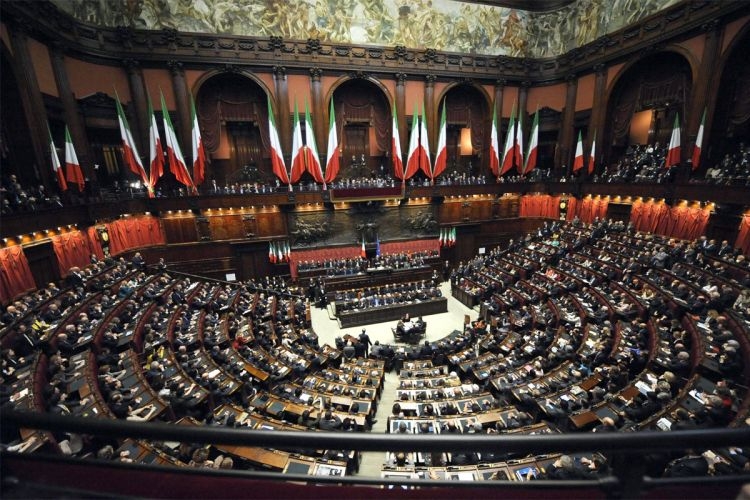 Chairman of the Italy-Azerbaijan interparliamentary friendship group, Senator Sergio Divina, as well as Senators Maria Rizzotti and Hans Berger addressed the Senate on the occasion of the 25th anniversary of the Khojaly genocide, APA reports.

Senator Sergio Divina said that the Armenian side is trying to present what happened on February 26, 1992 as a military operation, but more than 600 civilians, including more than 100 women, more than 150 children and elderly people were killed at that time. “War is not waged against civilians, women, children and old people. People being unaware of the tragedy, comprehend it as part of the Armenian-Azerbaijani Nagorno-Karabakh conflict. UN Security Council’s four resolutions on the conflict recognize Azerbaijan's sovereignty over these territories. The ethnic cleansing was carried out there in the last 25 years. More than one million Azerbaijanis were forcibly expelled from these territories, deprived of their right of living in their native lands and became IDPs settled in different parts of the country. The Caucasus region is relatively far from us, so the European media pays little attention to there, doesn’t disseminate accurate information about the situation there and conducts propaganda to meet someone's interests,” he added.

Senator Maria Rizzotti noted that it is difficult for people living in quiet environment of Rome to understand atrocities committed against Khojaly victims and their spiritual upheaval. “Survivors of the Khojaly genocide are still haunted by bitter memories. 20 per cent of Azerbaijani lands, including Nagorno-Karabakh and seven adjacent districts have been under occupation of the Armenian forces for more than 20 years. As a result of aggression of Armenia against Azerbaijan, 20,000 Azerbaijani citizens have been killed and 1 million refugees and internally displaced persons were resettled in Azerbaijan. The United Nations Security Council has adopted four resolutions 822, 853, 874 and 884 which require unconditional withdrawal of Armenian troops from Azerbaijani territories and return of the refugees to their homes. Moreover, the UN General Assembly, Council of Europe, the European Union and the European Parliament, the OSCE, NATO and other international organizations have also adopted numerous documents of this type. But what we are still waiting for? Therefore, I urge the Italian Senate and government to recognize the Khojaly Genocide, accuse the perpetrators of the genocide which constitute the political and military leadership of Armenia, and give a political and legal assessment to the Khojaly genocide to provide moral support to the victims of the genocide. Also, I propose that the Khojaly genocide should be marked as the day of commemoration in the Senate every year on February 26,” she said.

Senator Hangs Berger said that the Italian public must be informed about this tragedy and the Senate must give a right assessment to it for prevention of such tragedies in the future. “Unfortunately, dark pages of history include brutal and tragic events which remained out of the public eye. One of them is the Khojaly genocide committed in Azerbaijan. I think I owe to call on all no to forget this genocide. I urge the world community to force Armenia to give up its position of denying the genocide and aggressive policy against Azerbaijan. This is a step arising from our responsibility to ensure human rights and peace in the region”, he said.