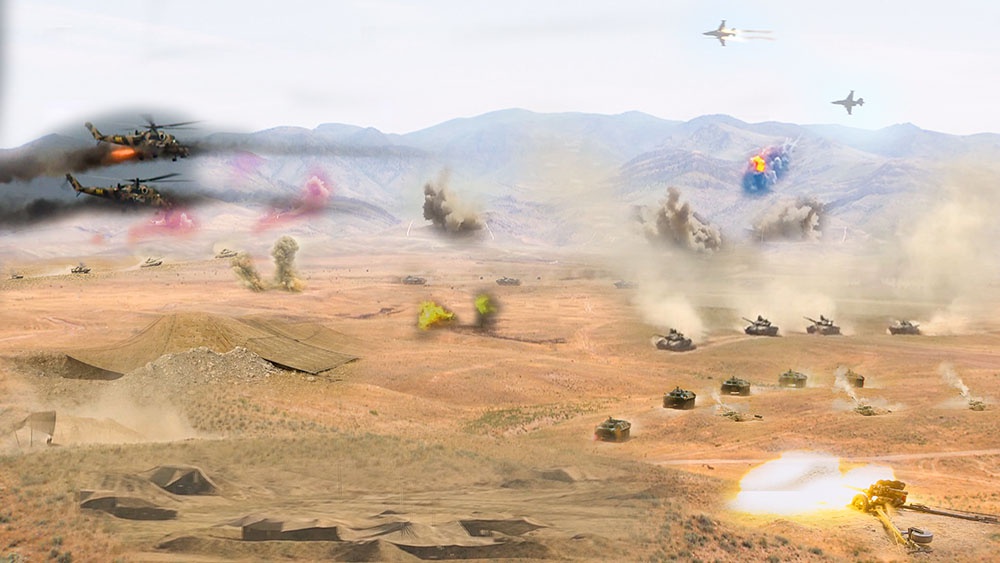 In accordance with the combat coordination plan of troops for 2020, the Nakhchivan garrison has launched command-staff exercises involving several formations and units.

The subunits of military formations and units that have been brought into the state of combat readiness of various levels were withdrawn to areas of concentration and combat support, to firing and starting positions, the Defense Ministry reported.

During the exercises, which will also involve formations of special troops, actions are being worked out to ensure the efficiency and effectiveness of tasks, organization of interoperability, and comprehensive support using modern communications and automated control systems in conditions of limited visibility.

At the exercises that will last until May 22, the military personnel will fulfill tasks to suppress the activities of sabotage-reconnaissance groups, as well as repel air, missile, and artillery attacks of the imaginary enemy.