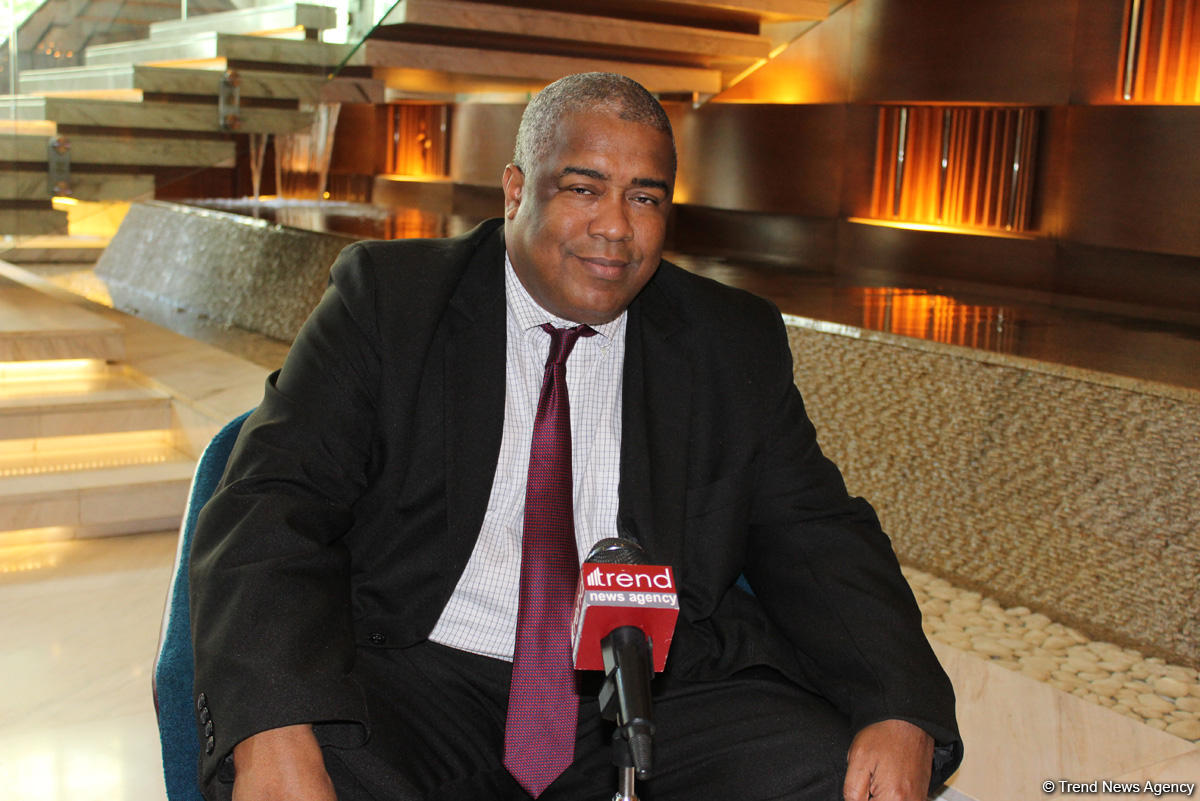 Suriname is interested in exchanging experience with Azerbaijan in finance, the Surinamese Finance Minister Gillmore Hoefdraad, who is on a visit in Azerbaijan, said in an interview with Trend.

The economic crisis relating to the sharp fall in oil prices equally affected both countries, according to him.

Hoefdraad said the two countries have faced the same economic difficulties in the last two years, as Azerbaijani and Surinamese economies are dependent upon the extractive industry.

The minister noted that both countries have taken similar steps to reduce dependence on the oil sector, and Azerbaijan’s experience in diversification of economy can be interesting for Suriname.

The two countries can also help each other in diversification of their economies, he said, adding there are a number of areas in which Suriname and Azerbaijan can establish and develop cooperation.

Hoefdraad added that during his visit to Azerbaijan he also plans to meet with Azerbaijani minister of ecology and natural resources, and agriculture minister.

He noted that Suriname is rich in natural resources – nearly 90 percent of the country’s territory is covered with tropical jungles, and the country is also rich in oil, gold and bauxite.