Yet another Armenian show in France 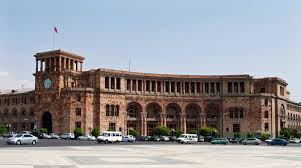 These days we are witnessing the next Armenian show.

The Armenian government is using all kinds of lies and falsifications to distract the attention of the Armenian public living in difficult and unbearable conditions against the backdrop of social tensions within the country, failures in foreign policy and on the front, as well as the increase in unemployment and poverty, and the drop in employment rate.

And now they are bursting information about "Karabakh Days" in various cities of France (collecting donations through begging), establishment of "brotherhood", "sisterhood" and "kinship" between the various regions of Azerbaijan occupied by Armenia and the French prefectures.

It must be admitted that indeed such a "document" was signed with several cities in France, even with the villages. But let's see whether these "documents" have any legal and political significance. The right answer to the question can be found in the official document signed by the French Foreign and Internal Affairs Ministers (http://circulaires.legifrance.gouv.fr/pdf/2015/07/cir_39830.pdf).Thus, in a jointly signed document sent by the ministries to the prefectures on July 2, 2015, special attention was given to the fact that such activities are banned and the document itself was posted on some official websites (legifrance.gouv.fr). At the same time, French officials point out during the meetings with the Azerbaijani side that the aforementioned ban was always reminded to the provincial government and that prevention of illegal activities was carried out for a definite period of time. It also notes that the foreign policy of France is determined by the central government and the local authorities do not have such authority.

If such a 'document' is signed or not, what will change for Armenian citizens who suffer from starvation and misery and seek ways to escape to foreign countries? A hundred of such documents do not cost 234 drams (0.80 AZN) to get a loaf of bread.