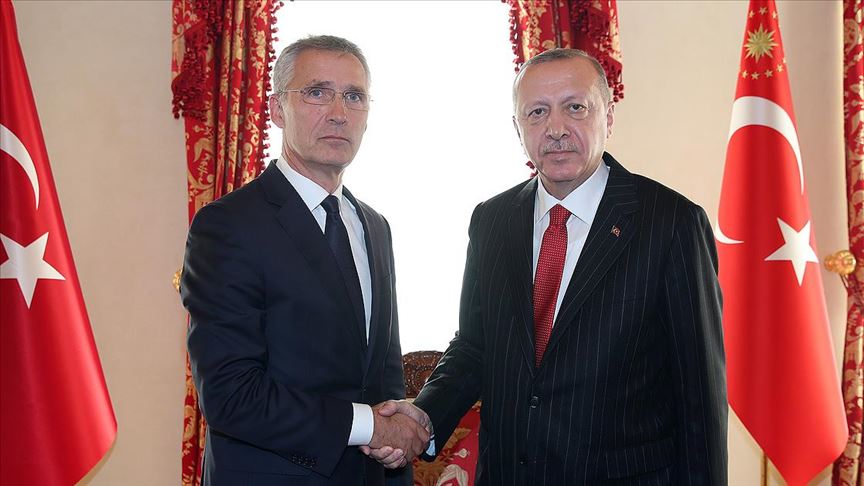 Erdogan again underscored the need for the steps required to address Turkiye’s legitimate concerns over the bids of Sweden and Finland to join NATO.

Erdogan told Stoltenberg that no progress can be achieved without seeing concrete steps by both Finland and Sweden that would meet Turkiye’s rightful expectations.

Meanwhile, Stoltenberg said on Twitter that he held a "constructive conversation" with Erdogan ahead of the NATO summit in Madrid that is due to take place in Madrid on June 29-30.

“We discussed the importance of addressing Türkiye’s legitimate security concerns on the fight against terrorism and making progress in the NATO accession process for Finland and Sweden,” he added.