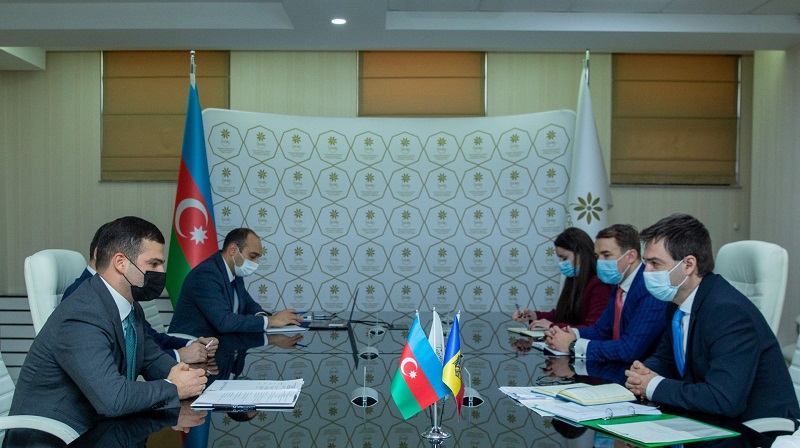 Moldova’s Deputy Prime Minister, Minister of Foreign Affairs and European Integration Nicu Popescu, who is on an official visit to Baku, held a meeting at Azerbaijan’s Small and Medium Business Development Agency.

During the meeting, the minister hailed the development of relations between the two countries, the possibility of further expanding cooperation in the field of entrepreneurship, the Agency told News.Az.

Popescu stressed that for this purpose, Moldova is interested in organizing mutual visits and events with the businessmen.

The expansion of ties between the Agency and the corresponding structure of Moldova can also contribute to the development of cooperation between the business community of the two countries.

Chairman of the Board of the Small and Medium Business Development Agency Orkhan Mammadov informed about Azerbaijan’s investment potential, favorable business environment, state support being rendered to businessmen, including the services being rendered by the agency, and shared the opinion on the possibilities of cooperation in entrepreneurship.

The views on the prospects for cooperation between businessmen of the two countries, the possibilities of organizing an event with the businessmen within the next meeting of the Joint Intergovernmental Commission on Economic Cooperation between Azerbaijan and Moldova were exchanged at the meeting.

Azerbaijan’s business and investment opportunities were also presented during the meeting.